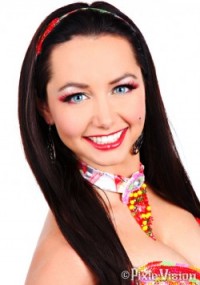 Lara is an award-winning bellydancer in the San Francisco Bay Area. Her exciting performances bring delight to audiences both on stage and in the more intimate restaurant environment. Lara enjoys performing far and wide with appearances in 2014 including New York City, Istanbul and Miami among others. Lara was also one of the Final Six in season 2 of the hit web show Project Belly Dance.

In addition to studying belly dance several times a week, she also supplements her dancing education with classes in ballet, hip hop, tango and yoga. Several amazing dancers have had significant impact on Lara’s dance eduction. Her primary teacher, mentor and troupe director is Sandra who is a constant source of inspiration. Lara is deeply grateful to Aziza for her guidance and skillful instruction. And Lisa Zahiya‘s career advice and coaching have pushed Lara in new directions. She has also learned a great deal from other influential dancers including Maria, Malia deFelice, Suhaila Salimpour, Merecedes Nieto, Mohamed Shahin, Tito, Tamalyn Dallal, Tamra Henna, Bozenka, Zahra Zuhair, Rachel Brice and others. Lara is level 1 certified in the Suhaila Salimpour format. 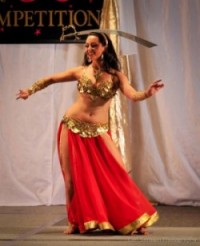 Although Lara typically performs solo, she also dances in several groups. As the award-winning duet Sassafras, Lara and her dance partner Courtney engage the audience with fun and entertaining performances. Lara is proud to be a part of Khamsin, a professional troupe with upbeat choreographies and the 2013 Belly Dance Troupe of the Year. Lara is also one third of the award-winning trio Seshata with the other members, Eve and Andreea.

When she’s not dancing her heart out, Lara puts her doctorate in Computer Science from Stanford to good use as a software engineer. 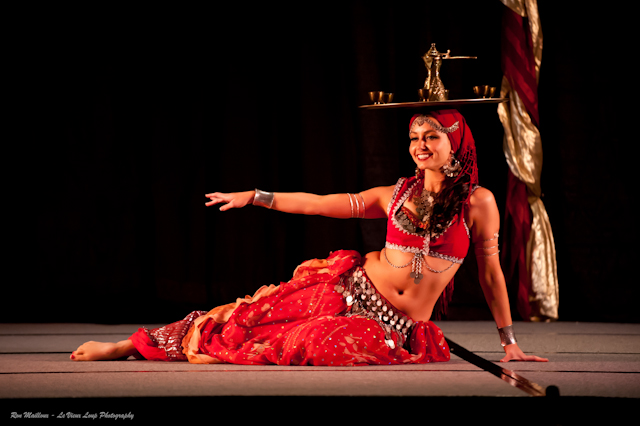